In 2009, Guyana launched the first Low-carbon Development Strategy (LCDS) from a developing country, setting out a vision for inclusive, sustainable development, while simultaneously maintaining the country’s forests, about 85% of the country’s territory, to help meet some of the most urgent challenges the world faces.

Guyana has the second highest percentage of forest cover on earth and is working with partners to sustain 99.5% of that forest while building the foundation for a new low-carbon, ecosystem economy. The expected opportunity to access a market mechanism for forest climate services, and other ecosystem services, will enable Guyana to store 19.5 billion tons of carbon dioxide equivalent (the measure used for greenhouse gas emissions – the world emits about 50 billion tons a year). At the same time, Guyana can grow its economy five-fold over 20 years and keep energy emissions flat; invest in Amerindian, Hinterland and sustainability planning; protect the coast and Hinterland from climate change; create jobs; and integrate Guyana’s economy with its neighbours. Guyana will stay true to the vision set out in 2009 which is to create a model low-carbon economy for the world.

Since then, the country has gained a greater understanding of the outsized contribution that Guyana’s ecosystems make to the world’s health and economy, as well as its role as one of the world’s most important countries for biodiversity conservation:

Estimates of the economic value that Guyana’s eco-system services provide to the world are considerable.

Guyana’s forests alone provide value that is estimated to range from US$40-US$54 billion annually. Yet, this value is not recognised in monetary terms. By contrast, jobs and economic value can be generated by clearing forests for agriculture, mining, infrastructure, and other uses. This is a global problem and one of the reasons that the world’s tropical forests are worth more dead than alive and forest areas that are the size of Greece disappear each year, causing about 16% of global greenhouse gas emissions.

As one of nine countries/territories in the Amazon Basin, Guyana, since 2009, has sought to address this challenge by creating a global model for promoting broad-based economic development while also avoiding the deforestation-led development path followed by countries all over the world. The then President of Guyana, Dr. Bharrat Jagdeo, set out a vision for the first LCDS, and called for international partners to work on three inter-linked objectives:

The means to advance these objectives were set out in the first draft LCDS which underwent one of the most extensive national consultations in Guyana’s history before being finalised. The 2009 LCDS, and a 2013 update were overseen by the Multi- Stakeholder Steering Committee (MSSC) and combined national plans for investment with calls for international action on climate change.

Recognising that the first objective of the LCDS required international action, Guyana sought partners who shared the country’s vision. In 2009, Guyana and Norway agreed to work together to create a model for how progress on economic incentives for forests could be made. President Jagdeo and Norway’s Minister of the Environment and International Development, Mr. Erik Solheim, signed an agreement where Norway would provide Guyana with result-based payments for forest climate services, alongside cooperation between the countries in the fight against climate change, the protection of biodiversity and the enhancement of sustainable development.

For the period 2009 to 2015, Guyana earned US$212.52 million in payments, to be invested in the LCDS. This has created low-carbon jobs, enabled Amerindian villages to receive legal title for communal lands, rehabilitated the Cunha Canal to protect against flooding, and started to equip Amerindian and hinterland communities with renewable energy, digital infrastructure, and sustainable livelihood opportunities. Crucially, Guyana and Norway cooperated to build a world-leading forest Monitoring, Reporting and Verification System (MRVS) which enables Guyana to move to the next stage of the LCDS with partners who share its vision for climate and biodiversity.

The new LCDS 2030, as outlined in this draft for consultation, focuses on harnessing Guyana’s unique advantages to create a new low-carbon economy, built on the platform provided by the MRVS and other areas of enhanced capacity in Guyana. Since 2009, Guyana also ratified the 2015 Paris Climate Agreement, under which 197 countries — including Guyana — agreed to pursue development pathways that are aligned with stabilising global temperatures at 1.5 degrees Celsius above pre-industrial levels.

LCDS 2030 will create a new low-carbon economy in Guyana by establishing incentives which value the world’s ecosystem services, and promoting these as an essential component of a new model of global development with sustainability at its core. In Guyana’s case, harnessing the value of the country’s ecosystem services can build a long-term, low- carbon diversification opportunity.

The three objectives set out in 2009 continue to provide a guiding framework and have been enhanced based on knowledge gained since then, as well as new opportunities created by international progress. This LCDS Draft for Consultation addresses these objectives:

Apart from the three objectives carried forward from the 2009 LCDS, the LCDS 2030 introduces a fourth objective:

The LCDS 2030 sets out how to accelerate the achievement of these four objectives.

In determining how to do this, planning for sustainable development is the core principle that guides the LCDS 2030. This means promoting development and stimulating future growth for all Guyana’s people through a balance across:

All of these areas will be explored and advanced as part of the LCDS national consultation to ensure that the vision contained in this new version of the LCDS responds to the needs and aspirations of the citizens of Guyana. This includes the coastal population and particularly, those communities that reside in forest and/or depend on forest resources for economic livelihoods. This LCDS is a draft to gather input and ideas from all Guyanese and will be subject to national consultation in late 2021 and early 2022. A final version will be tabled in the National Assembly before June 2022. In this draft:

Copyright © 2021
wpDiscuz
2
0
Would love your thoughts, please comment.x
()
x
| Reply
How to Comment on LCDS document 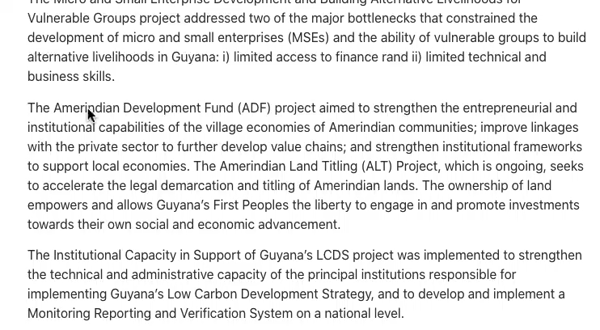